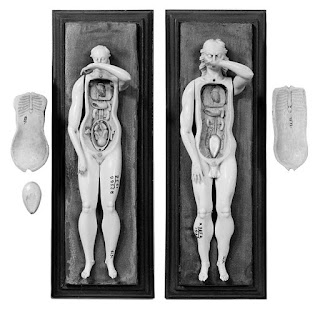 Sex differences in male and female are of two types ‘Anatomical and physiological’
These differences slowly start showing up in the very beginning of adolescent age
Anatomical:
If you look at the rate of growth and development in case of boys and girls,   girls of 14 to 15 years of age develop their physical form earlier than boys of their age.
In the matter of boys they grow faster after the age of 16 to 17 years.
There is a difference between the boys and girls in the peak of their maturity, At the age of 17 to 18 years girls reach the peak of their maturity .In the boys the peak of their maturity age is 24 years.
Height and weight of women when compared to men of the age is less
After puberty girl quickly outperform boys in height and weight.
Girls Mature earlier than boys, after the age of 16 year girls growth decreases. Whereas in boys it continue until his 23rd year.
Body parts of women are very delicate and soft due to the weakness of Skeleton and muscles,
Torso of women is long and rest of limbs are shot.
Because of smaller body parts center of gravity of women as compared to men is lower
Lumbar region of the spinal cord of a woman is comparatively longer And thoracic region is comparatively short.
The pelvic region is broader in women than in men Nature made the pelvic region broad .258 the child in the uterus
The abdominal wall which is the main support of the viscera .This is viscera becomes week after delivery of the child.
Clavicle of women as compared to men is long and slender, and the shoulder region is weaker
Women cannot compete men events why because, Legs of women Are short and touch each other that’s why they can’t run properly

Physiological differences:
Woman is very weak in muscular power compared to men therefore they do not gain any benefit in weight training
In Grip strength, pulling ability and pushing ability, Average man is stronger than an average woman
As compared to men the size of heart of woman is small so the capacity of the heart to deliver blood to the organs is low
Thoracic cavity and lungs of women are smaller. So those activities which required endurance Is unsuitable for women
Menstruation and pregnancy:
Woman has 5 days monthly cycle of menstruation, during this period and during pregnancy doctors advise them to avoid difficult physical exercises
Women are emotionally weak as compared to men they have very less self-control
Therefore physical exercises of men and women should be conducted separately